Countless fairytale castle complexes line up like a pearl necklace along the Moselle and yet each of them is different. There is one very special difference: Thurant Castle, which has not yet been discovered by tourists and invites you to explore in a quiet and pleasant atmosphere.
The Doppelburg Thurant lies high up on a slate mountain spur and watches over the small village of Alken. Wild ivy ranks up the old walls and below the castle you can find yourself in a romantic vineyard.
A medieval wooden bridge spans a small moat and forms the entrance to Thurant Castle. A drop gate with dangerous-looking metal tips adorns the entrance to the fortress above the portal.
Inside, narrow winding paths lead through an enchanted rock garden and there is a wonderful flower and fragrance at every corner. In small niches, benches invite you to relax and dream of the Middle Ages. This is not difficult when you see baroque monuments, old half-timbered houses, decorated gables and turrets. And every now and then you catch beautiful views of the Moselle valley and the adjacent forests of the Eifel through the thick slate walls.

Burg Thurant – from the beginning until today

Thurant Castle is one of the oldest castles in the Moselle region and was partly built on Roman foundations. In Roman times there was probably a late antique building on the walls of which today parts of Thurant Castle stand. A stone coffin discovered on the slope as well as finds of bricks, ceramics and coins also indicate this period.
Around 1200, Count Palatine Heinrich, brother of the German Emperor Otto IV, laid the foundation stone for Thurant Castle. The castle complex was intended to express family interest in the Moselle. The Thurant Castle was named after the Toron fortress near Tire in Lebanon, which Count Palatine Heinrich unsuccessfully besieged in 1197.

The two archbishops Arnold II von Isenburg and Konrad von Hochstaden teamed up to later put an end to the work of a robber knight. Together, the Trier and the Archbishop of Cologne took over the castle complex in 1248 and signed an atonement agreement in November. In fact, the document still exists today and is one of the oldest German documents.
The two new owners divided the castle into two parts by a thick wall. Each half had its own entrance, separate living and utility rooms and, of course, its own keep and access. The result was a double castle, which is rarely preserved in this form today, which makes Thurant Castle a real insider tip.

➤ In the 13th century, the imperial crown was kept in Thurant Castle.

After various aristocratic families, including the Eltz family, were in the possession of the fortress, the lords of Wiltberg used the castle in 1495 – unfortunately only differently than expected. Unfortunately, the already dilapidated castle was not preserved. Instead, it served as a quarry to build its castle in Alken.

➤ Wiltberg’s Castle was also known as Wiltburg. Today the stately building is privately owned and can only be viewed from the outside.

In 1689, the complex suffered further destruction during the Palatinate War of Succession. Due to the attacks by French troops, the castle finally fell into ruins. Only the two keep and a house from the 16th century were badly damaged. The ruin was left to its own devices for around 200 years until the versatile entrepreneur Dr. Robert Allmers took care of the ruin before the First World War. The remains of the castle formed the basis for its restoration and so some parts of the fortress were rebuilt in 1915/1916.

Unfortunately, the castle complex suffered further destruction during the Second World War. After the artillery bombardment by the Americans, the mansion was completely burned down by a fire. From 1960 to 1962 the building was rebuilt on the old walls.
Today, Thurant Castle is in the joint private ownership of the Allmers and Wulf families. It is cared for and cared for by its owners and an association with passion. Anyone who has visited Thurant Castle will clearly see that the low entrance fee is used only to maintain the castle complex.

➤ Thurant Castle is a listed building and is also part of the World Heritage.

How to get to Thurant Castle

Thurant Castle is not even 30 kilometers from Koblenz and is also a nice day’s destination for one or the other.
The fastest possible arrival to Burg Thurant is via the A61. From exit 40 “Koblenz, Waldesch” a country road leads the remaining kilometers to the fortress. If you follow the signs towards Alken on the Moselle, you will soon see the signs that show the way to the castle. In a tight curve, a fork leads the last few meters to the free parking lot of the castle complex. If you park your vehicle below Thurant Castle, you can walk through the romantic vineyard to the castle.
Getting there via the B49 takes a little more time. For this you drive comfortably along the beautiful Moselle and enjoy impressive views of the river and the vineyards. Here too, just follow the signs towards Alken and Thurant Castle.
Of course there is also a hiking trail to Thurant Castle, which is very impressive, by the way. The climb begins in the northern part of Alken and passes the equally worth seeing St. Michaeliskirche as well as some remnants of the defensive wall that once reached the castle. We continue through the large wine-growing region, past the rocky northern slope, up to Thurant Castle.

From the outside, Thurant Castle is an experience. Because which castle has two towers !? When you enter the fortress, you are immersed in the past. Small paths meander through the castle complex, past colorful flower beds and there is always something new to discover – both in Trier and in Cologne.

The entrance to the medieval Thurant Castle is on the Trier side and is guarded by two stone lion statues. Passing the figures, the path leads over a wooden bridge to the entrance portal. Inside there is the flower-covered courtyard, which, among other things, leads to the castle chapel. Colorful wall and ceiling paintings, elaborate frescoes and sacred objects adorn the small chapel room. A few floors below, an entire room was dedicated to wine production. The wine cellar shows the old art of wine making, as well as tools, vessels and a historical wine press. Back in the courtyard, the thick old border wall that divided the castle earlier is immediately noticeable.

The walkway towards the Moselle continues from Trier to the Cologne part of the castle. The loopholes along the corridor open up the first glimpses of the Moselle valley and also impress a real cannon in the medieval rampart. Hunting trophies, armor, old weapons and finds from excavations are on display in the hunting lodge, which has dark wood paneling and a beamed ceiling. The coat of arms is also interesting, as it shows how many owners Thurant Castle actually had over the centuries.
The old horse stable with armory, in which wooden chandeliers with candles hang from the ceiling, is also impressive. In front of the door, a strange construct lifted the metal-clad knights onto the horse. Without support – due to the heavy armor – they would not have gotten on the horses. There is also a lot to see in and on the Cologne tower. If you enter the tower, you will see the dungeon below, where two real human skeletons are still preserved. Via narrow and steep stairs, the old tower walls rise almost 20 meters, past creepy torture tools from the Middle Ages, up to the top. Once at the top, there are not only fantastic views of the surrounding area and the Moselle dug into the valley, but also of the romantic castle itself.
And the best thing is: You can stay on the keep and in all rooms of the fortress as long as you want. Because you can (almost) discover every corner of Thurant Castle independently.

➤ Guided tours are offered for groups and only on request.

Burg Thurant also scores with the admission price and opening times. It is open from March through November for a month longer than most other castles. And the admission price is also comparatively cheap at € 4.00 per person. Children under the age of seven can even visit Thurant Castle free of charge.
The entrance fee is due after the old wooden bridge, at the kiosk. Then you can stay in the fortress as long as you want and look around in peace.

➤ Dogs are unfortunately not allowed on the grounds of Burg Thurant. Anyone who has visited the castle will understand why.

The kiosk of Thurant Castle

Delicious snacks and refreshing drinks await visitors in the small kiosk at the castle entrance. Among other things, there is a small range of cakes with coffee, sausages with potato salad and of course wine is also offered.
There is space to eat in the cozy castle parlor with a gentleman’s room. Wine and food can be enjoyed in one of the lovingly designed niches.

You often have the most beautiful views while hiking and Thurant Castle can also be perfectly combined with a hike. Both the Bleidenberger Outlook dream path and the Moselsteig Trail (stage 22) lead past the fortress.

A journey through time comes true on this stage of the Moselsteig. Because hikers can expect old vines, the medieval castle Thurant from the 12th century, and an exciting reconstruction from prehistoric times. Of course there will also be breathtaking views of the Moselle region at this stage.
The starting point of the Moselsteig Trail is the tranquil town of Löf. Right at the start of the 13.7-kilometer tour, the romantic Thurant Castle is waiting high up on the mountain. After a wonderful view, it descends into the small wine village of Alken. After visiting the quaint St. Michaeliskirche, the Moselsteig Trail leads over the “Sieben-Fußfalls-Kreuzweg” to the plateau of the Bleidenberg. From the slope edge path that surrounds the plateau, there are always impressive views of the surrounding area. Now it’s back to the past one more time. A prehistoric reconstruction of a Homo erectus camp site with a mighty iron sculpture of a forest elephant surprises the hiker. The two viewpoints Hitzlay and Mönch-Felix-Hütte, are waiting impressively before a steep serpentine path into the Aspelbach valley. From there, after crossing the Moselgold Bridge, you reach the destination Kobern-Gondorf. After the approximately 4.5-hour hike, you can then take the train back to the starting point in Löf.
For the demanding tour you should be sufficiently experienced and of course wear hiking shoes.

➤ The Moselsteig Trail is an almost 365 kilometer long hiking trail and leads from Perl to Koblenz. It runs along the Moselle and includes a total of 24 stages.

Spend the night at Thurant Castle

You always wanted to spend the night in a real knight’s castle !? No problem, because the “Sporkhorst” holiday home at Thurant Castle can accommodate up to six people. The unique experience is booked through the castle administration.

The official website of Burg Thurant is unfortunately a bit simple. If you would still like to take a look at their site, go here. 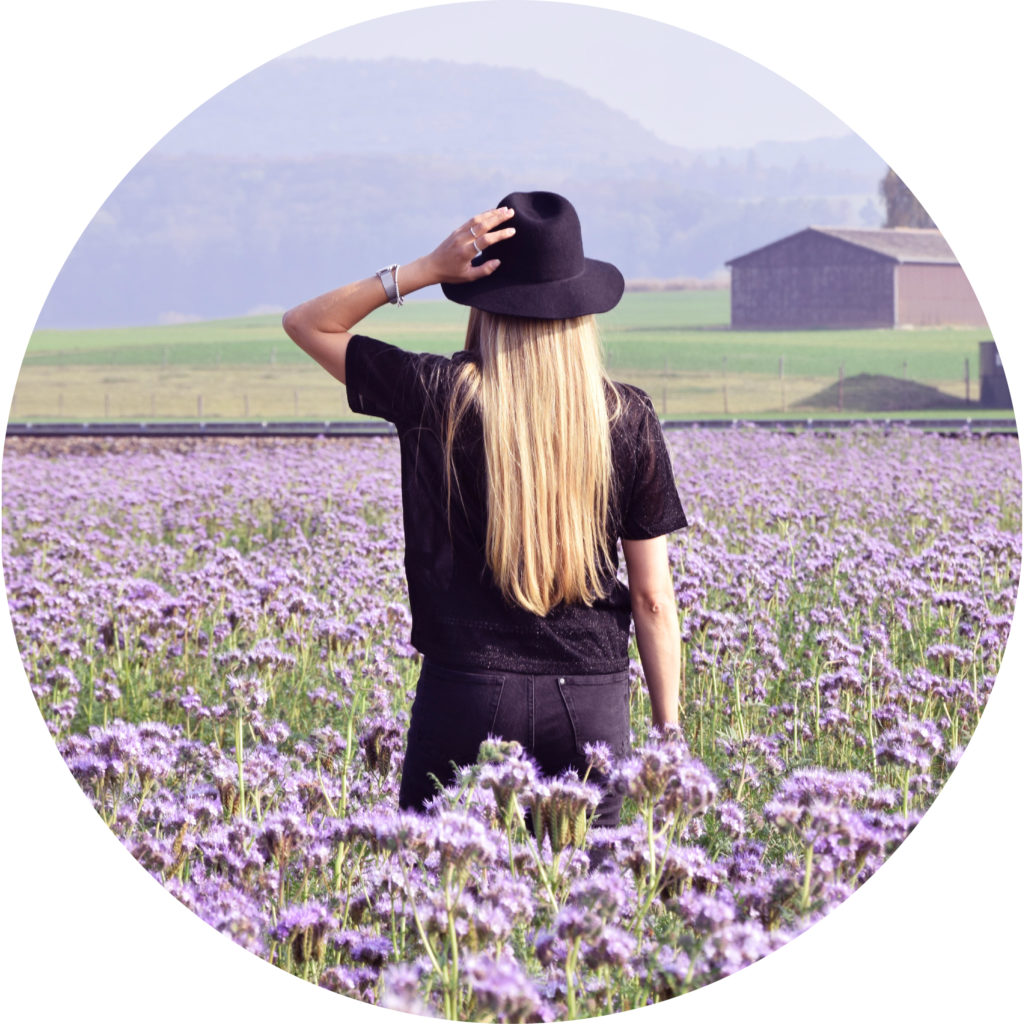